The week started with swimming lessons for Henry on Monday evening. He seems to really enjoy the swimming lessons, but doesn't always want to do the activities that the instructor presents. But it's no big deal, he gets some of the things and is always improving.

Tuesday was a rare night off this week.

Wednesday was touch and go as Susan wasn't feeling well. Tim went to the MN Wild game against Calgary with his co-worker Rob. It was a fun time, but the game was a disappointment since the Wild lost in a shootout. It just seems that Backstrom isn't all that good in a shootout.

Thursday was Tim's broomball game at Bryn Mawr park. It was a disappointing showing by the Brother's Keeper team. We again lost without scoring a goal. At least this game we had some better scoring chances, we just couldn't put it in the net.

Friday was a rough day as Tim was feeling way under the weather, but Henry seemed to be feeling much better and was in higher spirits. Henry and Susan went to Ridgedale and played at the indoor playground (play-place). Henry really likes to go down the slide over and over. He did get upset once while there was a pile up at the bottom of the slide. Susan got in trouble for having her coffee in the play area.

Saturday was another rough start for Tim, but he eventually felt fine and Henry was dropped off at Nana and GG's for the night so that we could go to the Symantec Holiday party. The party was fun with plenty of good food and there was a chocolate/carmel warm desert that was excellent.

Sunday was mostly a relaxing day and we continued to look at more exciting places for our trip to Germany.

That's all for now as we're about to watch the finale of "The Amazing Race".
Posted by Tim at 7:11 PM 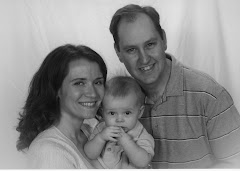